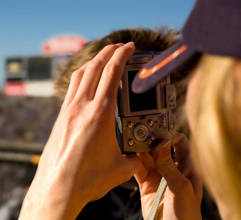 Crypto is in its usual rollercoaster mode with bitcoin prices halving in January, but then it did the same in January 2021.

Regardless of this and, building on yesterday’s blog, there’s an interesting trend I’ve spotted, and it is the reason why bitcoin is not going away. The trend is that if you live in a country with huge economic instability and currency fluctuations, bitcoin is a better bet as a store of value and medium of exchange. Just look at Venezuela where, when I blogged that they were replacing their national currency with bitcoin as an April Fool, everyone believed it. Soon after, El Salvador did exactly that. Whether that succeeded or failed is yet to be seen – on January 12th the nation had lost $10 million on this bitcoin bet and the IMF is warning the country they should reverse policy – but it is a good example of a nation that struggles with currency stability looking to alternative routes and methods.

Brazil has also been dabbling with crypto, with Rio de Janeiro allocating 1% of treasury reserves to alternative currencies.

Good move or bad, we shall see, but it is clear there si a movement. And it’s not just in South America.

Y’all know that Elon Musk has allocated a fair amount of Tesla’s treasury reserves to crypto currencies and Jack Dorsey is so committed that they have renamed his company from Square to Block.

Meanwhile in other countries, we see Kosovo clamping down on bitcoin mining. The reaction? “There’s a lot of panic and they’re selling it or trying to move it to neighbouring countries,” said cryptoKapo, a crypto investor and administrator of some of the region’s largest online crypto communities.

… Kazakhstan having massive street protests, described as ‘an apocalypse’, due to rising fuel and energy costs … did you know that Kazakhstan is the second most prolific country for bitcoin mining …

… Nigerians love bitcoin, even though the government does not …

In fact, in a similar way to why banks are now offering bitcoin custodial services and trading, the market has gone mainstream. It’s also interesting as we talk so much about BTC and ETH, but there’s also cardano, polygon and over a thousand more (not forgetting Shiba Inu and Dogecoin).

What’s happening is the belief of people that if they use alternative currencies, most of which have risen dramatically in the past year, they can have better returns and results than using a savings account or fiat currencies.

In amidst this wave of adoption and quite obvious wake-up call for traditional institutions we also start to see crypto services paving the way for them to maintain some level of relevancy in the mainstream movement. One app I like to use – Mode – offers a way for users to buy Bitcoin in just a few clicks with their Open Banking integration. The seamless payment process boasts secure transactions and competitively low trading fees (0.99%) for the customer, while also giving their traditional high street bank a helping hand into the crypto ecosystem.

As I have stated so often, the issue for governments as this happens is that cryptocurrencies do not recognise country borders or nation states; they recognise the systems, servers and the network. This whole comeback kid idea of CBDCs and stablecoins is all well and good, but has the horse already left the stable?